Powered by Clikpic
News
Previous
Next 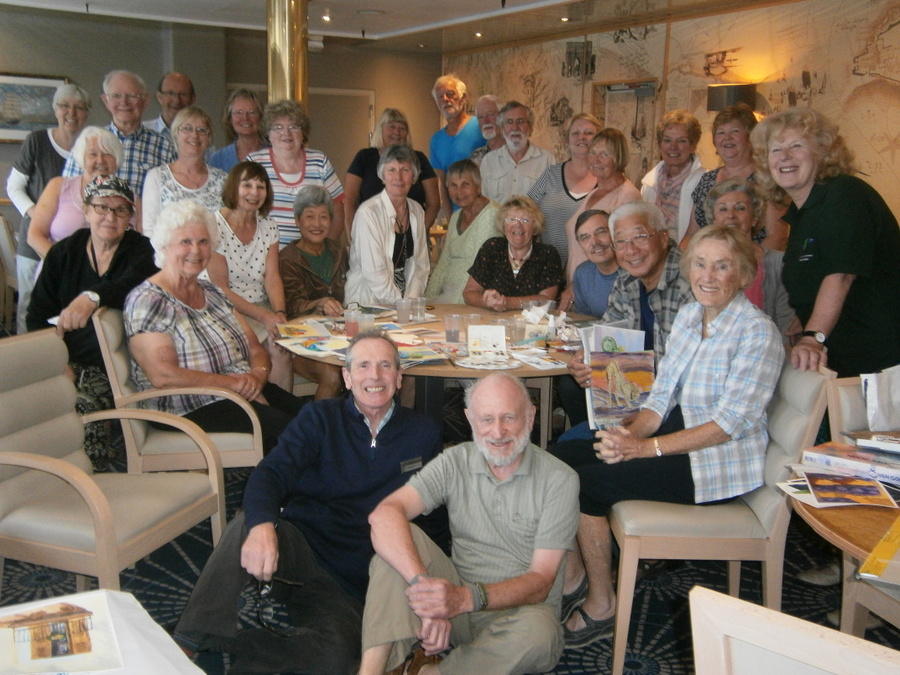 What a journey it has been: from snowbound Blackburn to sunny Cape Town via Dubai was itself a marathon as the wintry weather of the last days of January almost prevented me from getting to Gatwick! Once in Cape Town the barometer was set fair, for the first 2 weeks at least. An excursion here to Robben island, where Nelson Mandela was incarcerated, made me realise just how lucky I am to be able to complain about such a thing and put me in a really positive mindset for the rest of this unique cruise. Time on my own in this lovely city found me on my knees attracting weird looks from passers by as I photographed the casting marks on some lovely old ironwork by the Victorian manufacturers of the beautiful conservatory in my local park and which I am fund raising to restore.

To my surprise, I was beguiled by the desert dunes of Namibia, and even more by its German colonial past. Kaffee and Kuchen are definitely still on the menu! In Luederitz I began my pen and ink watercolour diary with a drawing of the diamond mine manager's distinctly Bavarian looking house and although I don't normally paint wildlife, I couldn't resist painting some of the pelicans that roam the waterfront of Walvis Bay as though they are pensioners on a day trip!

Many sea days between the islands of Ascension, St Helena and Cape Verde were more than filled with art classes spent with a delightfully responsive group of 35 students on board Voyager. From African sunsets to geckos embellished for the carnival season, we had at least a fortnight of fun as we splashed about creatively and experimented with new techniques and materials, sometimes with unexpected results!

Sunny days in the Canary islands and Madeira were enrichened with wine tastings and tapas, and before we knew it Lisbon and La Coruna were on the horizon, bringing to a close this very special cruise that will not easily be forgotten.
Next
Previous